CBD, short for cannabidiol, is a chemical compound from the Cannabis sativa plant, which is also known as marijuana or hemp, according to the US National Library of Medicine.

It's a naturally occurring substance that's used in products like oils and edibles to impart a feeling of relaxation and calm. Unlike its cousin, delta-9-tetrahydrocannabinol (THC), which is the major active ingredient in marijuana, CBD is not psychoactive.

So you're saying CBD won't get me high?

Nope. The cannabis plant is made up of two main players: CBD and THC. "CBD is the non-psychoactive portion of the plant, so what that means is you won't have any effects like euphoria," says Junella Chin, DO, an osteopathic physician and a medical cannabis expert for cannabisMD. "You won't feel sedated or altered in any way."

There are two possible exceptions to this. The first is that some people, for unknown reasons, just react differently to CBD. According to Dr. Chin, about 5% of people say they feel altered after taking CBD. "Usually they're the same people who have side effects from Advil or Tylenol," she says. You never know how your body will react to any new supplement, so when taking CBD for the first time, do so safely under supervision.

It's also crucial to buy third-party-tested CBD for quality assurance (more on this later). Because the FDA doesn't regulate CBD, it is possible to buy a product that is more or less potent than advertised, or even contains small amounts of THC.

CBD is naturally occurring substance that's used in products like oils and edibles to impart a feeling of relaxation and calm. Unlike its cousin, delta-9-tetrahydrocannabinol (THC), which is the major active ingredient in marijuana, CBD is not psychoactive."

So you're saying CBD won't get me high?

You've probably heard the terms cannabis, marijuana, and hemp all tossed around in relation to CBD. The plant Cannabis sativa has two primary species, hemp and marijuana. Both contain CBD, but there's a much higher percentage in hemp, which also has very low (less than 0.3%) levels of THC compared to marijuana.

One Major thing to keep in mind is when people talk about hemp oil, they're referring to oil extracted from the seeds of the hemp plant. There are no cannabinoids—CBD or THC—in hemp oil. This ingredient is packed with healthy fats and often appears in beauty products for its moisturizing benefits. 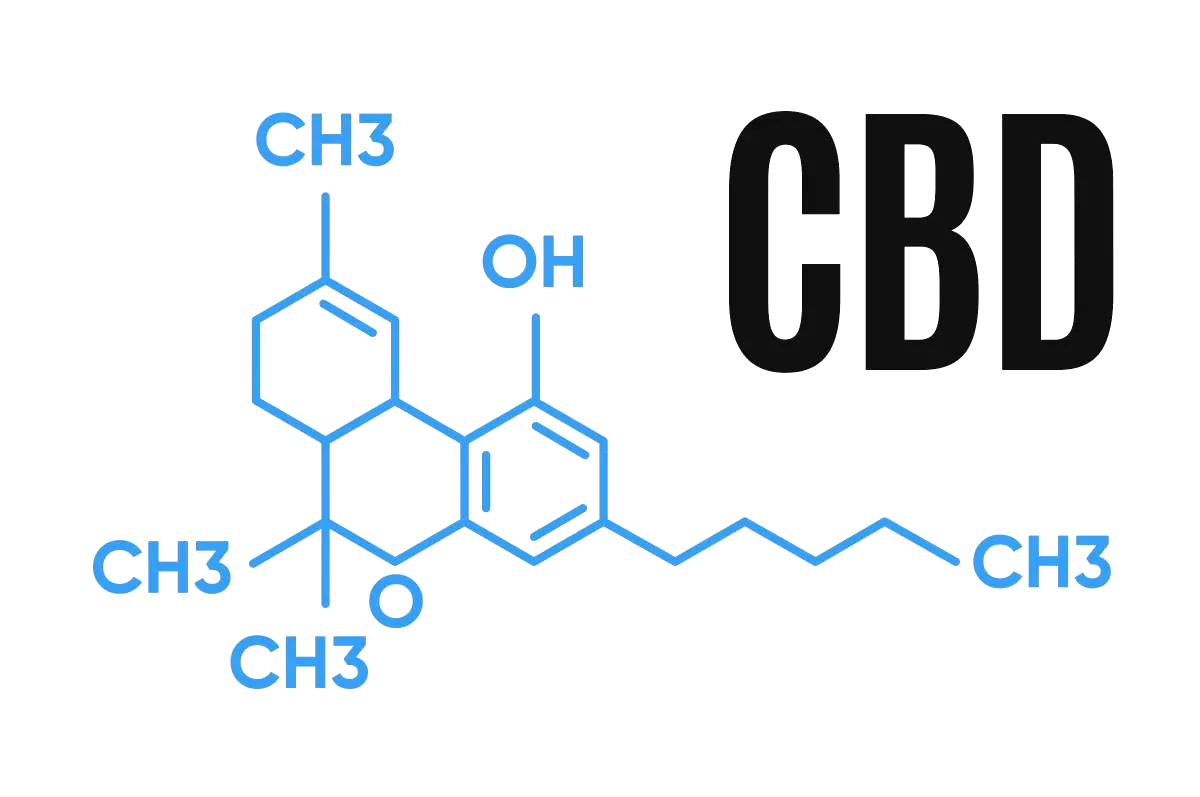 What are the health benefits of CBD?

The effects of CBD are 100% therapeutic in nature – like we’ve mentioned a few times now, it produces no psychoactive or intoxicating effects whatsoever.

As such, people who take CBD on a day-to-day basis generally do so to find relief from a medical condition. While a lot of individuals use it to entirely replace over-the-counter or prescription drugs, it is (usually) fine to take along with other medications as well, without the risk of serious side effects or contraindications.

Some of the most common conditions that people use CBD oil for are chronic pain, anxiety, depression, arthritis, and insomnia.

Since CBD interacts on a cellular level with essentially every system in the human body, it’s no stretch of the imagination to say that its health benefits are truly endless. In fact, in the more than 20,000 published scientific studies involving cannabinoids (cited below in an article released by NORML, the National Organization for the Reform of Marijuana Laws), it has been documented that CBD oil may have potential to help treat:

And this is by no means a complete list – like we mentioned earlier, the simple fact that CBD oil interacts with endocannabinoids and their receptors in every cell and tissue type in the body, truly does give it the potential to be an all-encompassing therapy for any range of medical issues.

Enter your email and receive 10% off your first order.